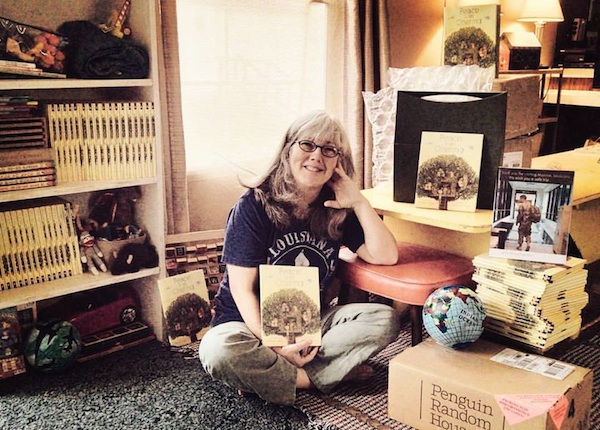 In Memoriam for Bailey Jerome Swaggart

I’ve never met Bailey Jerome Swaggart, a young soldier from West Monroe, Louisiana. I got to know him through his grieving mom, Shalia Swaggert, a woman I admire for her ability to find the brightness in even the darkest day— the day she found out that her son, only twenty-five, had died in Kenya in a non-combative role. Bailey had died on her birthday.

Shalia had contacted me to ask about my picture book, Peace is an Offering. She wanted to know how to order the books in bulk from my publisher, so she could donate them to her friends, neighbours and schools in memory of her son.

She wrote that she and her husband, Kenny, are learning to live life in a new way and that the two things that hold her up in her journey are Peace is an Offering, my recently published children’s book, and Bill Wither’s song I Wish You Well.  Wither’s song begins ‘I wish you flowers, sunshine and smiles/I wish you children that grow to make you proud…’ It is a joyful song with a message of love and generosity to others which is an apt description of Shalia’s quest.

After I heard from Shalia, I reread Peace is an Offering through her eyes, and stopped at the lines ‘And even in the wake of tragedy, /Even then you might find her. / In the rubble of a fallen tower./In the sorrow of your darkest hour./ In the hat of a hero. /In the loss of a friend. / Peace is a joining, not a pulling apart./ It’s the courage to bear a wounded heart.’

Words and music can heal grief and pain. Shalia describes the first time she gave away the book.

“The first book I shared was in response to a very negative situation. I was waiting for a coffee at Starbucks. A man rushed to the counter and asked his wife what was taking so long. She shrugged at him. He began to rudely rant. The girl serving at the counter responded professionally. I was so proud of her and also felt very badly that this happened. I got my coffee then went across the street to Barnes & Noble where I purchased your book. I proceeded next door to purchase flowers from the grocery store. I promptly deliver the items. I hope she always remembers, as I noted in the book, there are more kind people than not in this world. I shared my pride in her calm, professional response. I also ‘wished her well’ and mentioned that Bailey was one of the kind ones.”

Shalia describes the act of giving the book away as ‘her drug of choice, one that she chooses to share,’ that it is this act of generosity that made her feel ‘armed and dangerous in a positive way.’ This makes sense, not only in what science tells us, that giving to others is a ‘feel good drug’ but that doesn’t make it any less admirable. To lose a cherished son, in a way that has no clear explanation, would be devastating for any parent. Many would be angry and resentful, but Shalia is grateful for the time she had with her son, ‘a happy, caring young man’ that one of his fellow soldiers describes as ‘the morale lifter of the group.’

Shalia describes what she was told of her son’s passing.

‘Bailey was a PFC with the U.S. Army. Deployed in the Joint Task Force Horn of Africa, he was a part of a small group sent to Manday Bay, Kenya. On Feb. 19th his orders were to patrol the airstrip with a second soldier in a humvee. Smoke & brush fire were noticed and reported. His Commander told them to keep an eye on it. He exited the vehicle and left the strip to further investigate. It was first believed he had been snake bitten. An autopsy could not find paired marks. Signs show anaphylactic reaction. Samples of alkaline plants were gathered. Nature of death is undetermined.’

I wrote Peace is an Offering as a kind of lullaby after the tragedies of 9/11. I was heartbroken at the thought of so many innocent people dying and the realization that war would be an inevitable consequence. And sitting at my computer, writing my blog this morning, I am saddened by the events in Paris. So many lost lives caused by hatred.

I know, all too well, the cost of war. My mom had lost a husband and I had lost a father to the Second World War. My father was only twenty-four when he died on Juno Beach on D-Day. I was too young to remember him. My mom never recovered from his death.

I write to speak to the world and my hope is that somehow my words will cross boundaries and wing their way into someone’s heart, and like a small bird will land on a branch and begin singing.

And so when I think about Shalia’s generous heart, I am convinced, like Shalia, that there are more good people in the world than bad. To Shalia and Kenny, my condolences for the loss of your son, Bailey. Keep spreading the word of love and kindness.