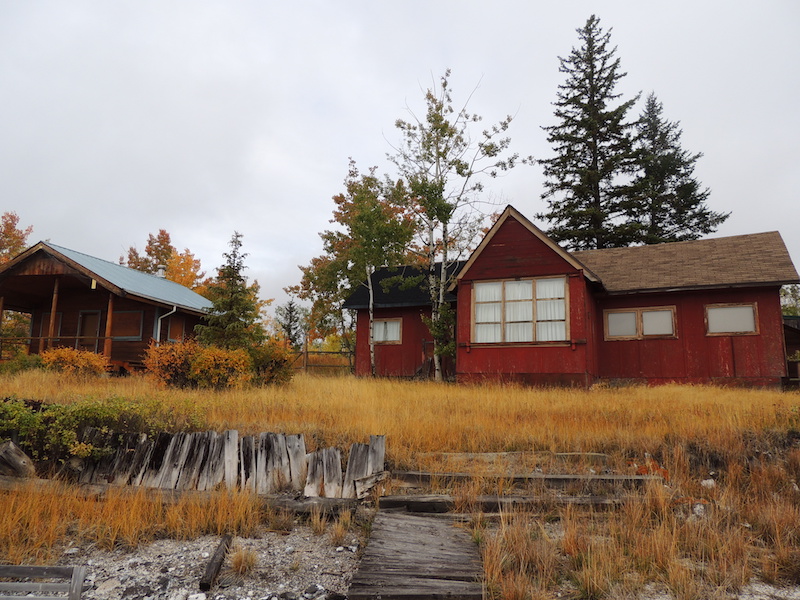 The first bat flew above our heads as we lay in bed reading in our cabin at Meadow Lake. It was ten at night and I immediately yelped and hid under the sheets. My husband, Michael, bolted up and ran to the lakeside door of the cabin and then to the meadow side door, hoping the bat would fly out. It wasn’t interested. He (or she) flew from the bedroom to the living room to the kitchen and finally back to the bedroom.

As I gathered enough courage to come out from under the sheet, the bat flew a foot over my head. It was the strangest feeling to realize that I was more afraid of this delicate creature than the many bears that frequent the area. I mean, I respect bears, don’t get me wrong, and don’t want them to mess with me, but the terror I felt as the bat flew around the cabin was something deeper.

I should say here that Michael and I are fascinated by bats. Over many summers, we spent countless hours in the dining room watching bats emerge from under the window covers hanging on the outside wall of the cabin. Each bat would peek out and check the environment with their sonar and then take off for their nightly hunt.

One summer night, as we sat at the table with the lights out, we counted more than a hundred bats in less than an hour, although in the last few years the numbers have been considerably less. We are both aware of ‘white nose syndrome’ the disease that is killing bats across the country which makes the survival of each bat even more precious to us.

After waiting more than two hours, trying to encourage the bat to fly out the door by waving a broom at it, the idea of turning out the light and allowing the bat to flit about in the dark, wasn’t something either one of us could live with. And so, Michael had the task of getting rid of the bat by lethal means. I hate the word ‘kill’ and will spare you the grim details.

Just as we were about to turn out the light again, wired, tired and shaken, we heard another ‘whoosh’ and a second bat flew into the bedroom then disappeared. How could a bat simply disappear? Our cabin is almost fifty years old and it is relatively large. With flashlights, we searched the high ceilings, looking for cracks or holes, though we figured that these were too tiny for a mouse, let alone a bat. Finally, we turned out the light though neither of us got much sleep.

The following night, around ten, the second bat suddenly reappeared and flew around the bedroom, refusing to leave and the scenario from the night before was repeated. By now, Michael felt like an axe/bat murderer and I was his accomplice.

And then there were the mice. When we first purchased the cabin a decade ago, we caught a dozen or so, but we’d patched up the holes and the most mice we’d caught since then was one or two per year. But in the ten days that we stayed at Meadow Lake, we caught 15! After 8, the mice smartened up so we had to resort to drowning. Place a pail of water with a stick (gangplank) and a floater with a pat of peanut butter. Horrible but effective.

And then there was the lone packrat. We’d hardly spent any time at the lake this summer because of the fires, and when we returned, we discovered so much packrat scat in the shed, that I spent 2 days with a mask, spray bottle of bleach and 30 rags to clean the crap out. And yes, Michael trapped the packrat, something he despises doing.

Michael drove to Hundred Mile House to buy wire mesh to keep out the bats and wood to patch cracks and holes. When he climbed the 16-foot ladder, to patch some cracks in the outer wall, he discovered a hornet’s nest in the side of the cabin. Hundreds of hornets were flying in and out of a tiny hole leading to the attic and he was stung on the neck. To avoid being stung again, he dressed in rain pants, chain saw pants, rain gear, balaclava and over the balaclava his chainsaw helmet. He looked like the creature from a horror movie. It was a hot sunny day.

After the trapping, patching, meshing and cleaning, there was much to appreciate: the brilliant autumn colours of the aspen and water birch, Happy Hour on the guest cabin deck, hundreds of migrating lesser sandhill cranes circling overhead and sitting by the woodstove with a good book. Oh, and Michael added two new species to his Meadow Lake list which now totals 140 birds.

It is only now when we are back in civilization that we’re able to smile a little at our angst and suffering. All we can hope for is that our patching and meshing will keep the wildlife outside where they belong.