Peace Is An Offering 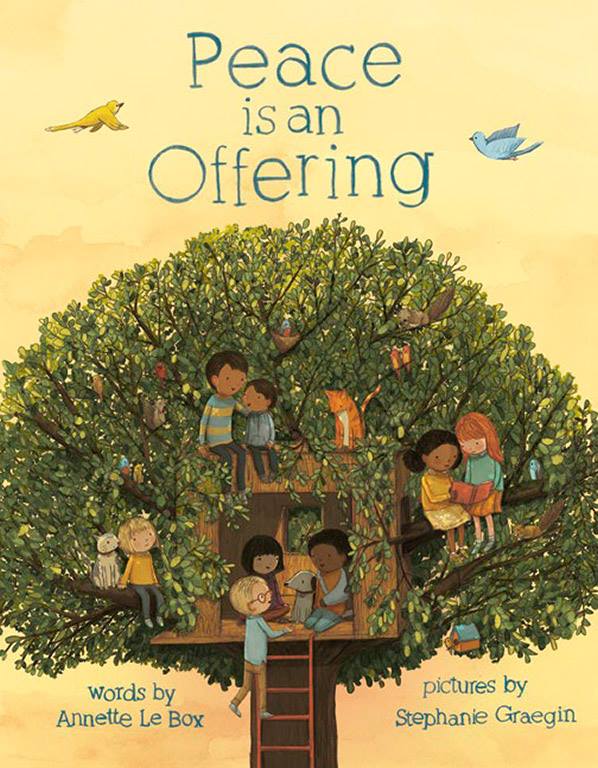 I wrote Peace is an Offering shortly after 9/11. I knew that after the planes hit the twin towers that the U.S. would go to war and that the world would be irrevocably changed. So I began to write the poem as a text for a picture book for children. I remembering writing it in tears and yet at the same time I was happy because the poem had come so easily.

It was one of those rare moments when inspiration presents a writer with a gift. And I was so certain that the manuscript would be published that I sent it to several New York editors without thinking about the timing.

The editors rejected it, explaining that the political situation at the time was too much in flux. In hindsight, I realized that they were right. After 9/11 people felt shock and sadness, but they were also understandably angry.

And so I filed the manuscript away in a drawer. Three days after 9/11, I was scheduled to fly to Ottawa for an author’s visit. I cancelled my trip as I was too scared to fly.

In the spring of 2013, I sent the manuscript to my agent on a whim. He rejected it, telling me that he thought the text would be too difficult to illustrate. It wasn’t until the Sandy Hook school shootings occurred that he realized that the timing might be right for such a book and Dial Books for Young Readers, the publisher of Circle of Cranes, quickly accepted it.

Luckily Dial chose the talented up-and-coming Brooklyn artist Stephanie Graegin, to illustrate the text. Her charming rendition of children of many nationalities against a backdrop of her own neighbourhood brought my words to life in the best way possible. Of all my books, Peace is an Offering is my favourite. For now, anyway.