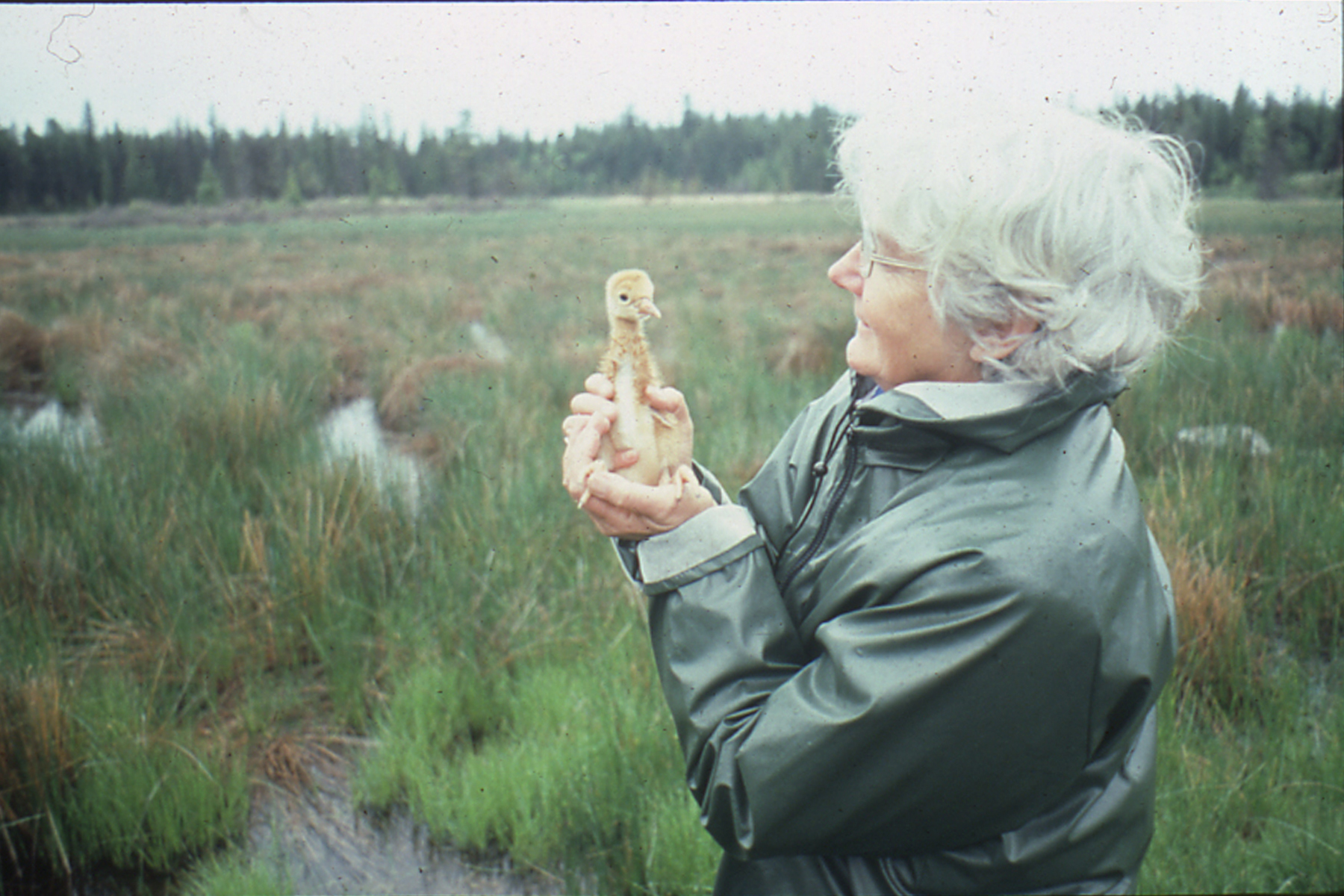 My dear friend, Wilma Robinson, died on December 18, 2012.  She was 89. I admired Wilma as a woman, a pioneer of the Pitt Polder and a conservationist.  Wilma was the inspiration for Miracle at Willowcreek, my novel about a community that rallies to save the wetlands of the Pitt Polder in Pitt Meadows, British Columbia.

In the story, Clara, the bird woman, is a thinly disguised Wilma.  She teaches Tess, a young girl from the city, about the small flock of Greater Sandhill cranes and in real life, Wilma taught me.  Wilma was humble.  She disliked putting herself forward so her work as an activist was done quietly behind the scenes.

Perhaps that’s why few people in our community know that she was the woman behind the conservation of the Pitt Addington Wildlife Area.  She was also the founder of the Alouette Field Naturalists, along with her son, Steve.  Over the last two decades, the AFN has gone on to defend the Pitt Polder from a proposed dump, a mega-theme park, a railroad, a high-density housing development on Swan-e-set, and an independent power project.  None of these proposals were successful.  Until the last year or so, when Wilma’s health began to fail, she was still attending AFN meetings and counting her beloved birds.

On the surface, Wilma appeared shy, but once you got her talking, she was a consummate storyteller.  She told stories about going to school in a boat as a small girl before the dykes were built, rescuing a crane chick from drowning and her adventures with hummingbirds and a bobcat.  She counted the small flock of Sandhill cranes like prayer beads and their dwindling numbers were painful to her.

More than anyone else in the community, she had a long view of the landscape she called home. Her generous gift of her property to Pitt Meadows as a park exemplifies her love of nature and her determination to preserve at least a small piece of the land she cherished.  If any one person embodied the spirit of the polder, it was Wilma.

I will think of her as I run along the dykes of Pitt Meadows and Maple Ridge, watching the mist rise above the Golden Ears Mountains.  And if I see a Sandhill crane in one of the distant fields, I will imagine her smiling.